The store will not work correctly in the case when cookies are disabled.
Menu
Account
Settings
Currency
USD - US Dollar 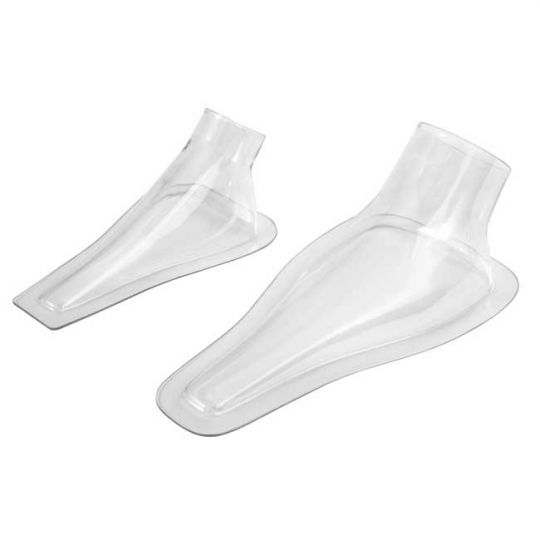 NACA Duct - 'For connection to hose'

Be the first to review this product
SKU
Naca-Duct

High quality vacuum formed NACA duct for optimal air intake, Can be fitted in windows or bodywork as an air inlet.

The purpose of a NACA duct is to increase the flow rate of air through it while not disturbing the vehicles boundary layer of air. When the cross-sectional flow area of the duct is increased, you decrease the static pressure and make the duct into a kind of 'vacuum cleaner' that sucks air in, but without the drag effects of a plain protruding scoop. The reason why the duct is narrow, then suddenly widens in a graceful arc is to increase the cross-sectional area slowly so that airflow does separate and cause turbulence (and drag).

NACA ducts are useful when air needs to be drawn into an area which isn't exposed to the direct air flow like a protruding air scoop has access to. Quite often you will see NACA ducts along the sides of a car,engine bonnet or in polycarbonate side windows. The NACA duct takes advantage of the boundary layer, a layer of slow moving air that "clings" to the bodywork of the car, especially where the bodywork flattens, or does not accelerate or decelerate the air flow. Areas like the roof and side body & window panels are good examples. The longer the roof or body panels, the thicker the boundary layer becomes (a source of drag that grows as the layer thickens too).

This design is believed to work because the combination of the gentle ramp angle and the curvature profile of the walls creates counter-rotating vortices which deflect the boundary layer away from the intake and draws in the faster moving air, while avoiding the form drag and flow separation that can occur with protruding inlet designs. By attaching a hose to the exitside of the NACA duct, air can be directed to where it is required, For an increased 'RAM' effect combine a NACA scoop with the duct to bring even more air into the vent.

More technical info can be found on wikipedia here

Reviews
Write Your Own Review
Only registered users can write reviews. Please Sign in or create an account
©Plastics 4 Performance. All Rights Reserved